1. Bingo in Gloversville, NY is played on Saturdays at Father Ottaviano Memorial Hall.

3. Check the current schedule to see if there’s Bingo this weekend. Click here

Attention: We can email you future Bingo schedules to help you plan ahead. Just sign up for the monthly Bingo newsletter in the form below.

4. Bingo is open to the public and will feature $1,500 in prize money to be distributed during 11 games. Additional games are available to purchase for more chances to win. There will also be a weekly carry over Bonus Ball. More on this in a moment.

6. If Attendance for the night is over 100 Bingo players, the Jackpot game increases to $700.

7. You must be 18 years old to buy bingo cards, play pull tabs, or receive any kind of payout. Identification may be required.

8. No Alcoholic Beverages allowed in the Bingo Hall.

9. No food can be brought in from the outside.

10. There will be food and beverages available for sale on premises.

11. No Soliciting or Raffles allowed.

13. Management reserves the right to deny anyone entry at Bingo in Gloversville, NY.

14. Management reserves the right to lower prize monies if attendance is under 70 bingo players.

15. If attendance for the night is over 100 Bingo players,  the jackpot increases to $700…so bring a friend with you to play Bingo (if you do this maybe you could decide prior that if either of you win the Jackpot you could split the prize money with each other?…just a thought…)

17. We also wanted to mention this before you attend…here’s some….

Q: OK cool, but what if I yell “Bingo”  and have a full card on my Red 50/50 card, and then Kathy who sits in the back on the left hand side yells “Bingo” too…who wins the prize money when more than one player yells Bingo and has the necessary pattern to win?

A: OK this is another good question, because sometimes this does happen. So let’s continue using the example that I described above in question 1. OK so you yelled Bingo and then a floor worker will come over and yell the game code on your Red 50/50 card to the Bingo caller. The Bingo caller then punches this code in the Bingo Verifier computer system. The Bingo verifier computer system would them tell everyone whether this is a good bingo or not. It tells everyone by showing up on all of the TV screens that are in the Bingo Hall. If it is a good bingo then the caller will then confirm and announce to all of the players “That’s a good bingo.” A floor worker will then go over to Kathy and yell the game code on her potential winning Red 50/50 game card. The Caller again will punch in the code into the Bingo Verifier system. If it is a good Bingo then the caller will confirm and again announce “That’s a good Bingo”. The Caller will then ask all of the Bingo players “Are there any more Bingos?” If no one speaks up then the caller will announce “OK we will pay those two winners $25.00 each” (The original $50.00 prize money is split evenly between the two winners in this scenario). The floor worker will then hand you the $25.00 that you won for having a good Bingo, and then a floor worker would hand Kathy her $25.00 that she won on Game 1 for a good bingo.

Q: Awesome! How do I win the weekly carry over Bonus Ball Prize money?

A: After game 1 is played that night, the Caller will then draw one Bingo Ball and announce the Bonus Ball for the night. So let’s say that after Game 1 the Caller draws one Bingo Ball from the hopper then the caller announces that the Bonus Ball for the evening will be “O 72” Someone in the back on the right hand side usually gets up out of their seat and will write on the chalk board “Bonus Ball – O 72”. The caller will then place ball “O 72” back into the hopper, and soon after Game 2 will begin. Admission Cards for Bingo at Father Ottaviano Memorial Hall costs $3. Now for an extra cost of $1 ($4 total) you can play the Bonus Ball too. What this means is that every week a certain percentage of the total Bonuses sold (the $1) accumulates until someone hits the Bonus. The team captain will let the caller know during the beginning of the game how much the Bonus is up to that night. Let’s say that the Caller announces that the Bonus Ball Prize for the night is $143.00. because it has been a few weeks since anyone has won it. During Game 2 you’re seeing that you’re very close to getting a Regular Bingo Pattern in the form of a Diagonal Line. You only need one more Ball to pop up and you have Bingo. The caller draws the next Bingo Ball, and then announces the Ball drawn. It is “O 72”. You check your Bingo cards and you notice that “O 72” is what you needed to complete the diagonal line, and you’ve completed the Regular Pattern for Game 2. So you wait until the Caller announces “O 72” then you yell “BINGO!” A floor worker will then walk over and read the game code to the Caller. The caller punches the code into the Bingo Verifier Computer system which tells everyone that you won. The Caller will announce “That’s a good Bingo.” The Caller will then ask all of the Bingo Players “Are there any other Bingos?” If no one else has a Good Bingo at this time then you win. The floor worker will then hand you $50.00 which is the prize money for Game 2 Regular Bingo Pattern. The floor worker will then hand you an additional $143.00 because you got Bingo when “O 72”  was called and “O 72” was the Bonus Ball for the night. No one else can win the Bonus Ball the rest of the night because you already won all of the prize money. Next week the Bonus Ball prize money starts up again until someone wins that amount. Then the system repeats itself.

Q: Does the Jackpot really increase to $700 if over 100 bingo players are there?

Q: Who is Fred, and why does everyone ask for him at Bingo?

A: Fred is a Bingo player, and legendary volunteer when he’s not playing Bingo. If you get the chance to meet Fred, shake his hand , introduce yourself, and tell him “Thank You for everything that you do for Bingo.”

Q: Can we listen to Phish while playing Bingo?

A: I asked Ron about this and he said No.

A: No. Ron is smart. Listen to Ron. Look I get it you’re right about Phish, but if music was playing during Bingo then no one could hear the caller. Besides do you want to know what’s even more fun and exciting than Phish at Bingo? It’s when you’re bored on a Saturday night, so you decide to come to play Bingo in Gloversville, and then all of the sudden during the last game of the night you discover that you’ve completed a full card, you yell “BINGO!”, the caller verifies and says “Yes that’s a good bingo” and then asks the Bingo players “Are there any other Bingos?” No one else has bingo. Now you just won the $600 jackpot! You’re the Champion. And that extra money is exactly what you need at the moment. You have an extra $600 in your pocket, plus on top of that awesomeness you get to get in your car and listen to Phish the entire way home.

P.S. This page is dedicated to the late Dick Thompson who tirelessly, and successfully ran the Bingo Program at Church of The Holy Spirit in Gloversville for over 45 years while also volunteering towards many other programs for his Church. You can read more about Dick here. Thanks for visiting and reading this page. Hope to see you all at Bingo in Gloversville, NY. 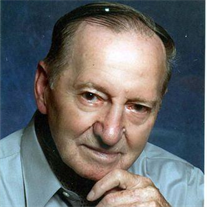